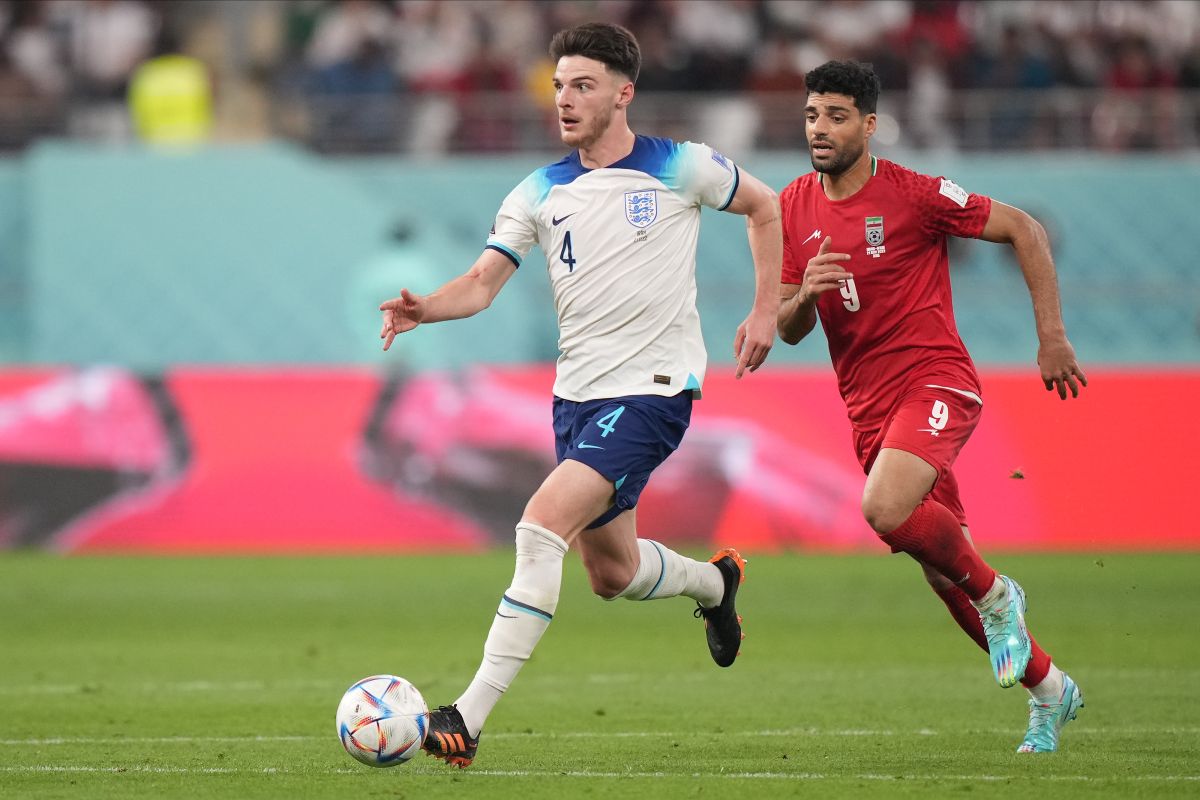 England midfielder Declan Rice was delighted to prove the doubters wrong after the Three Lions started their World Cup campaign in style by beating Iran.

Rice started in midfield in Monday’s 6-2 win over Carlos Queiroz’s side, the tournament’s biggest win to date.

The confident manner of victory and tremendous performances from Bukayo Saka and Jude Bellingham helped ease nerves over the health of the national team after traveling to Qatar for a six-game losing streak.

But any criticism before the tournament has only fueled the resolve of England players, according to Rice.

“There were doubts about us before the tournament. We wanted to prove a lot of people wrong,” said the West Ham captain.

“There’s been a lot of talk about the fact that we haven’t won in our last six games. By our standards, with the players we have, we know it hasn’t been good enough.

“But it was a World Cup stage and you could see there was a fire in our bellies.”

England are alone at the top of Group B after the first round, following the 1-1 draw between the United States and Wales in the other game.

Next up is a showdown with the United States on Friday, and Rice was sure to stress that the significance of such a great victory over the Iranians should not be understated.

“People will say, ‘It’s only Iran’, but they had good results in previous World Cups. In September they beat Uruguay and drew with Senegal,” said Rice.

“It was a really positive performance, but we can’t get too far ahead of ourselves. It’s USA next and they’re going to take it to another level. First game, first win. We can’t ask for anything more.”