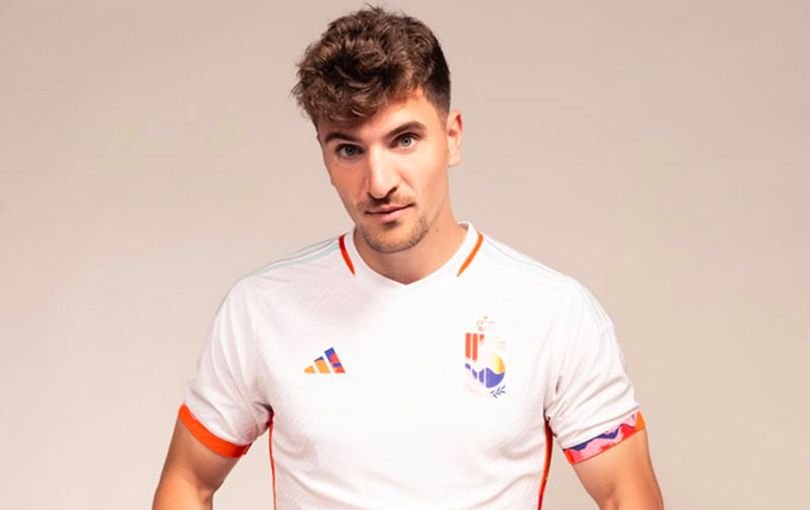 FIFA demanded that Belgium remove the word “love” from the inside of the collar of their away shirt, ESPN (opens in a new tab) reports.

Belgium, who are due to face Canada in their 2022 World Cup opener on Wednesday, released the shirt in June in conjunction with music festival Tomorrowland, adding the word “love” to the collar of the away shirt.

However, they are no longer able to wear the shirt in its current capacity, due to a decision by FIFA. The rainbow wristbands and multi-coloured warm-up shirt Belgium would wear at the World Cup have also been banned by football’s governing body.

Flemish publication newblad reports that the away jersey, rainbow wristbands and warm-up jersey are actually banned as they are seen as a subliminal advertisement for the Tomorrowland dance festival, instead of anything else. Belgium would solve the problem by placing a sticker on the word “love” on the away shirt, while wearing different warm-up shirts.

The word love must go,” said Peter Bossaert, CEO of the Belgian Football Association. newblad (opens in a new tab). “It’s sad, but FIFA gives us no choice. The rest of the equipment remains unchanged.

Indeed, a source said ESPN that FIFA was not even open to negotiation and categorically refused to discuss the issue with the Belgian federation.

Although there was no connection between the FIFA demands placed on Belgium and the OneLove armband captains from eight nations were preparing to wear – which were ultimately not worn due to the threat these players receive a yellow card for using the wrong equipment.

England, Belgium and Wales were among nations planning to wear the multicolored armband throughout the tournament in Qatar, where homosexuality is illegal, to “promote inclusion and send a message against all forms of discrimination”.

The risk of players being punished, however, meant the nations involved backed down on Monday.