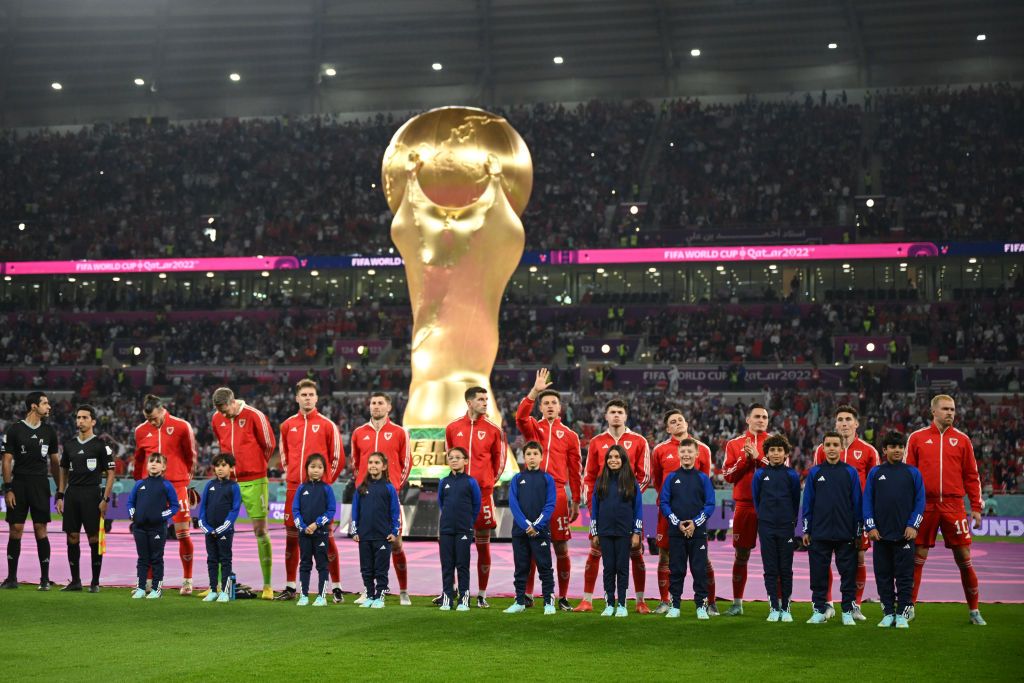 When Wales lined up to face the United States in the 2022 World Cup, the last time their national anthem – Hen Wlad Fy Nhadau – was heard at the tournament was in 1958, it 64 years ago.

However, that all changed ahead of their Group B opener, with the thousands of Welsh fans and 11 players lined up in full voice at the Al Rayyan Stadium in Qatar.

Indeed, the players sang along in what was a catchy rendition of the national anthem, and fans reacted quite favorably on social media.

ITV Football released the minute-and-a-half clip of the national anthem ahead of Wales’ game against the USA, tweeting: “Thrills… It’s been 64 years since Wales last played. didn’t qualify for the World Cup! They seem happy to be back…”

Chills… 🥶 It’s been 64 years since @Cymru qualified for the World Cup! They look happy to be back… 🙌#ArBenYByd | #FIFAWorldCup pic.twitter.com/8cLQMJNz8WNovember 21, 2022

Fans commented positively on the spiky sound of Hen Wlad Fy Nhadau being sung again on football’s biggest stage, with many responding clearly proud to see the anthem creating such a storm in Qatar.

One tweeted, “Cymru wins anthems. Not so bothered about football now, I’m just here to sing!”

Meanwhile, another said: “Such a great anthem. I love the energy and the feeling after 64 years.”

A Welsh fan responded to ITV saying: “The Welsh voice will make us look like 60,000 fans.”

Installing 60,000 supporters in the Al Rayyan Stadium, a ground which has a maximum capacity of 44,740, would certainly help Wales’ cause against the United States, providing even more support for their players on the pitch.

That could also be a possibility. After all, the organizers announced that the match of the Netherlands against Senegal had officially attracted 41,721 spectators at the Al Thumama stadium with a capacity of 40,000 spectators.

One fan didn’t have much to say other than, “Amazing.”

Welsh pride was certainly evident in one Welsh person, who admitted to becoming emotional after hearing the anthem. FourFourTwo are sure they were not the only ones.

“I got goosebumps and a tear so, fantastic national anthem.”