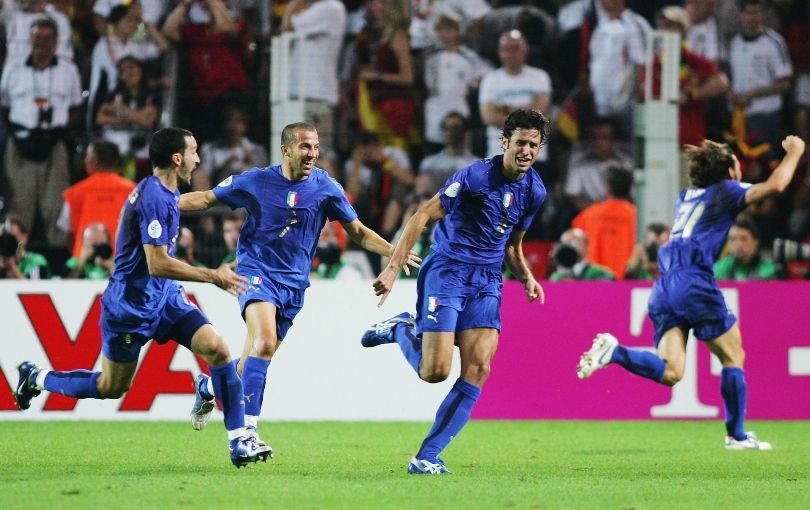 Some of the most dramatic moments in World Cup history have occurred during extra time.

After 90 minutes of action that couldn’t separate the teams in Dortmund, an extra half hour was needed.

It seemed to have passed without incident as penalties loomed, until Fabio Grosso and Alessandro Del Piero decided otherwise.

For the first goal, a corner from Del Piero was directed towards Andrea Pirlo on the edge of the box. He then went for Grosso, who deftly curled his shot into the far corner.

The left-back looked in disbelief as he charged down the touchline in celebration, eventually mobbed by his teammates, including goalkeeper Gianluigi Buffon.

As Germany advanced in search of an equaliser, Italy hit them with a devastating counterattack to make it 2-0.

Substitute Alberto Gilardino was sent flying towards goal but opted to cut inside, waiting for support.

He arrived in the form of an overlapping run from Del Piero and he finished strong ahead of Jens Lehmann to confirm Italy’s place in the final.

It was a moment of pure euphoria for Marcello Lippi’s side, who went on to beat France (opens in a new tab) on penalties in a match best remembered for Zinedine Zidane’s infamous header on Marco Materazzi.

Once the group stage is over, extra time will come into play again in the round of 16 of this year’s World Cup.

Matches that are tied at the final whistle will then go into two fifteen-minute periods of overtime in search of a winner.

If that doesn’t happen, a penalty shootout will ensue, as England (opens in a new tab) know all too well from previous tournaments.

Are the World Cup 2022 stadiums air-conditioned?

Who is Denmark’s first-choice penalty taker?