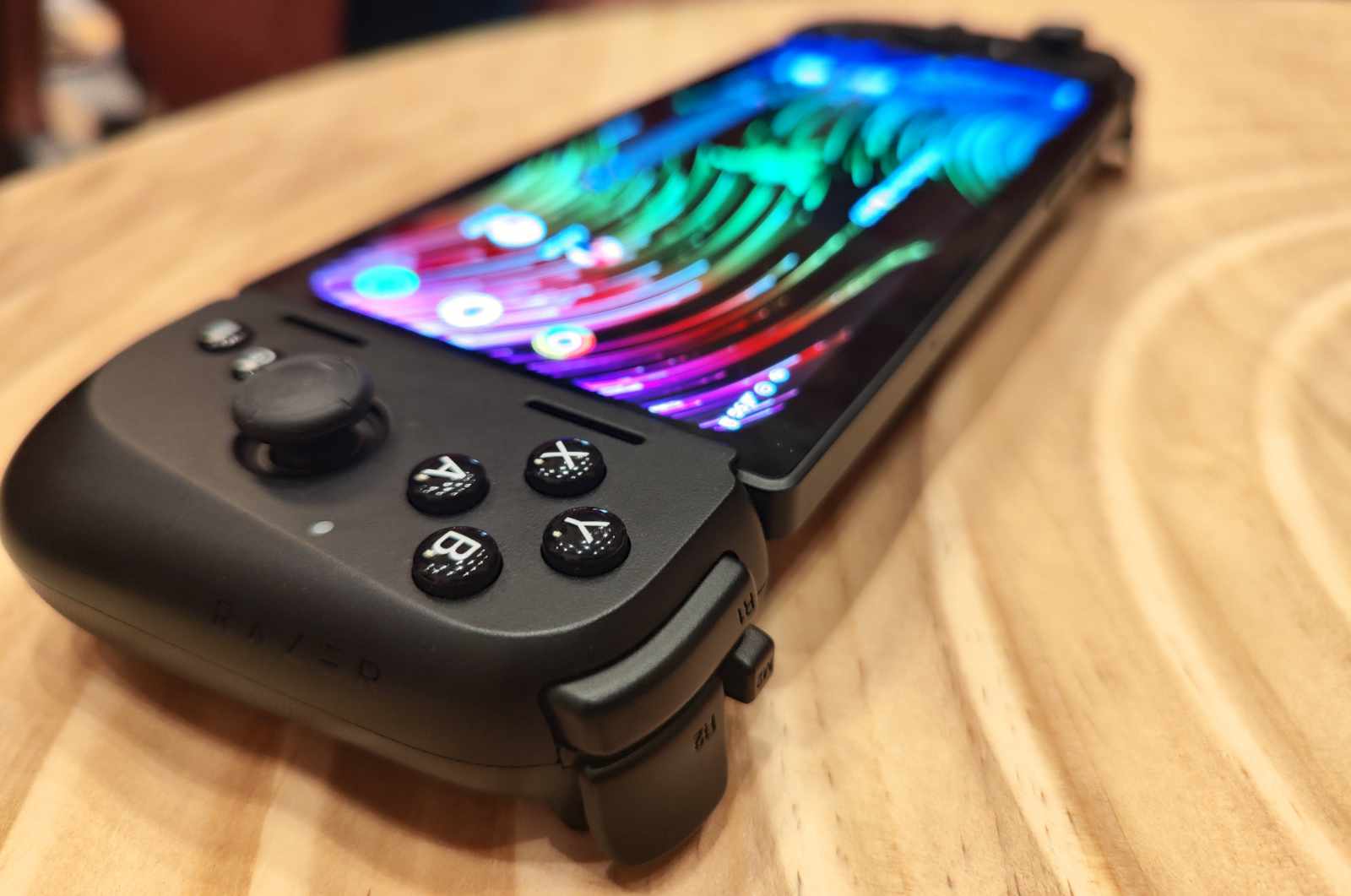 Razer was present at the Qualcomm Summit 2022 in Hawaii. There, the next portable Razer Edge was shown live to those in attendance, including myself. The technical basis is an AMOLED display with FHD+ resolution, 144 Hz refresh rate and 6.8-inch diagonal, Qualcomm Snapdragon G3x Gen 1 SoC, 8 GB of RAM and 128 GB of storage space (expandable via microSD). Let me briefly summarize my impressions and some news about the device.

My first thought: why isn’t the Razer Edge a gaming smartphone? The manufacturer has already produced gaming smartphones and the Edge still uses Android and can access the Google Play Store. Well, the responsible Razer employee quickly brushed it off: Razer is no longer interested in gaming smartphones and won’t produce them anymore – that’s it. You can think of the background yourself: the previous models should have sold badly. So for marketing, it’s important to bring the Razer Edge closer to the Nintendo Switch or the Steam Deck, both of which are doing well.

At $399.99 or $499.99 for the 5G version, the price is quite attractive for the hardware on offer. Above all, Razer pointed out that they offer the best portable display at this price. And yes, I agree: the Razer Edge’s AMOLED screen puts the Steam Deck’s LCD screen to shame. Thanks to the higher resolution of the Edge, the Nintendo Switch also takes off as an OLED model. It looks really classy here.

I can’t say anything about custom Android software just yet, as there will definitely be more to come before it’s released. However, first impressions of the system’s speed and multitasking indicate large reservations. Razer also promises long battery lives as they value efficiency. First, I have to take the company at its word. I can confirm firsthand in the truest sense that the Razer Edge uses a fan for active cooling, but it wasn’t audible in games even in the great heat of Maui – great. The case was also completely cool.

As far as build quality goes, the case feels premium and detaching the control unit, essentially a special variant of the Kishi accessory, is incredibly easy. Everything seems well thought out and robust. I see the Razer Edge’s target group more critically, as it’s likely to be extremely narrow: Because honestly, who wants a handheld for Android gaming? From my point of view, mobile gaming is still a meme and the landscape is rather sad. And if you have bigger ambitions then, you might be better off with a gaming smartphone, which you can use to make calls, take photos and more.

But like I said, Razer wants to compete less with gaming smartphones and compete more with other gaming handhelds. But there’s simply no Android title that can stand up to that. In my opinion, a Steam Deck or a Nintendo Switch have superior libraries thanks to other software platforms. Of course, you can of course use an emulator here and press the accelerator. Razer doesn’t officially endorse this, it’s a legal gray area, but won’t prevent it in any way.

So far, Razer has only announced the Edge for the US. The official line is clear: nothing can be said about a European launch. But… I’ll tell you unofficially cautiously: CES 2023 is in January and you might hear about a European release. I’ll leave that to you if you’re interested in the handheld.

If I had to draw a conclusion, it would look like this at the moment for the Razer Edge: great hardware, well-thought-out cooling, clean haptics – but small target group due to operating system and existing gaming software . How do you see it?

Black stakes in the ground – That’s what’s behind