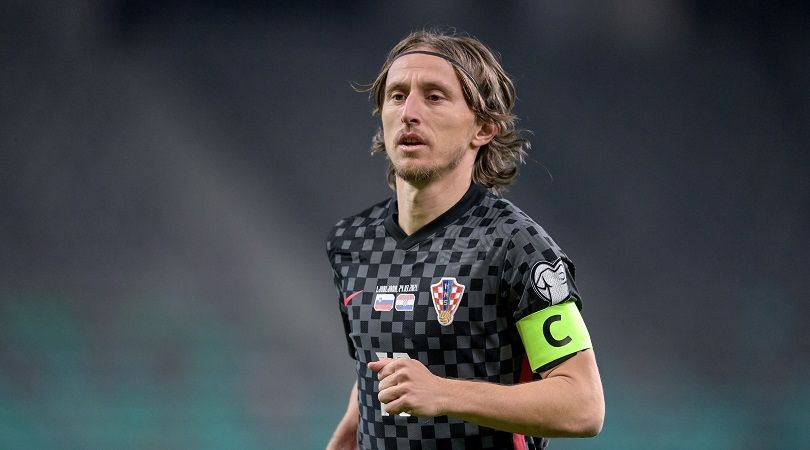 Croatia’s squad for the 2022 World Cup has been announced, with Real Madrid midfielder Luka Modric set to lead his country for the tournament in Qatar.

With a healthy mix of seasoned veterans and exciting newcomers – not all necessarily young talent – Croatia might actually have a better squad than the one that reached the 2018 final.

The Vatreni are also very unstable, as capable of imploding in the group as of reaching the final. Modric is set for one last World Cup dance and still reigns supreme, with Ivan Perisic, Marcelo Brozovic and Dejan Lovren alongside him, but much of the squad is revamped and reinvigorated.

Drawn into Group F, Croatia will expect to play against Morocco, Belgium and Canada, and will certainly be a side others would rather avoid in the Round of 16, should they progress.

For most of the road to the Qatar 2022 World Cup, Croatia have operated with a revamped squad, and only nine of the 2018 finalists have made the final squad – and that’s a good thing. Many new additions were quick to prove themselves – Atalanta winger Mario Pasalic and much-loved Leipzig defender Josko Gvardiol among them – and the process didn’t continue until June with Nations League wins against France and Denmark. New faces Pasalic, Borna Sosa and Lovro Majer scored the goals as Croatia beat the Danes home and away.

Added to this is their midfield trio of world-class players in Modric, Mateo Kovacic and Marcelo Brozovic who share over 300 caps between them and the Croatian side look very strong. There’s also the depth of the squad this time around, which is encouraging given the size of the nation.

Croatia also look in good form heading into the tournament, having won their last four games – including a 1-0 away win against France (who beat them to World Cup glory there is four years old) in the Nations League, the final of which they’ll be competing next summer.

However, there are plenty of weaknesses in the squad that the opposition will look to exploit. None of the goalkeepers are as reliable and there is no established attacking presence. They’ve had more than a fair share of structural issues in the build and can also be vulnerable defending from set pieces.

The country, however, expects big things this time around. After all, how do you lower your expectations after reaching a World Cup final? Croatia saw what could be done in 2018 – now they hope for nothing less.

Croatia squad for the 2022 World Cup

Croatia squad for the 2022 World Cup: The final 26-man squad

Zlatko Dalic saw success and hero worship in 2018, then humiliating losses and widespread criticism, to emerge as the man who brought the team together after signs that complacency had set in during the defeat in Euro 2020 round of 16 against Spain. Whisper it, but lately he may even have gone for a tactical approach that best suits the team.

Who is the best Croatian player?

Luka Modric has seen generations pass through the Croatian side since his debut in 2006 – eight major tournaments and more than 150 appearances later he has remained the one constant. It’s still pretty much his team, as even the quickest of looks reveals. Maestro of vintage at 37, the captain is still leading the boat.

How many players will Croatia bring to the 2022 World Cup?