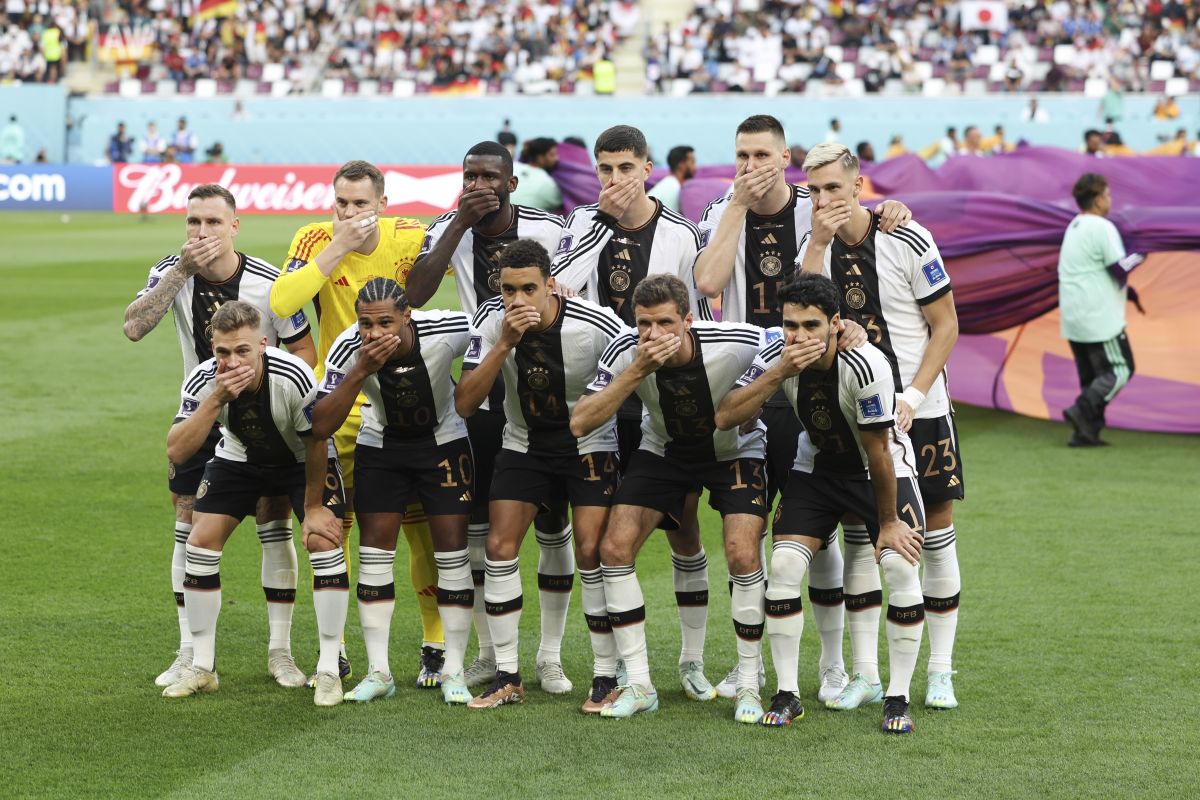 The German FA have explained why their players covered their mouths ahead of their World Cup opener against Japan, saying: “To deny us the armband is to deny us a vote”.

Before the start of Wednesday’s Group E clash, all the German players posed for the team photo with their right hands covering their mouths.

It came in the wake of controversy over FIFA’s decision to threaten sanctions (opens in a new tab) to European teams, including Germany, planning to wear a “One Love” armband in Qatar.

“We wanted to use our captain’s armband to uphold the values ​​we hold in the Germany national team: diversity and mutual respect. Together with other nations, we wanted our voice to be heard,” a message read. on the German national team’s Twitter account.

“It was not about making a political statement – ​​human rights are not negotiable. This should be taken for granted, but it still isn’t.

“That’s why this message is so important to us. To deny us the armband is to deny us a voice. We maintain our position.”

The move comes after the German FA (DFB) said it was considering (opens in a new tab) whether FIFA’s decision to stop them from wearing the One Love armband was legal.

“FIFA has banned us from showing a symbol of diversity and human rights,” said DFB spokesperson Steffen Simon.

“They combined this ban with massive threats of sports sanctions without specifying them. The DFB checks whether this action by FIFA was legal.

The One Love campaign was scrapped earlier in the week after FIFA threatened to show yellow cards to any captain wearing the armband.

A joint statement from the countries that intended to wear the armbands said: “We cannot put our players in a position where they could face sporting sanctions, including bookings, so we have asked captains to do not attempt to wear the armbands in the World Cup Games.”

The campaign was launched primarily to “promote inclusion and send a message against all forms of discrimination”.