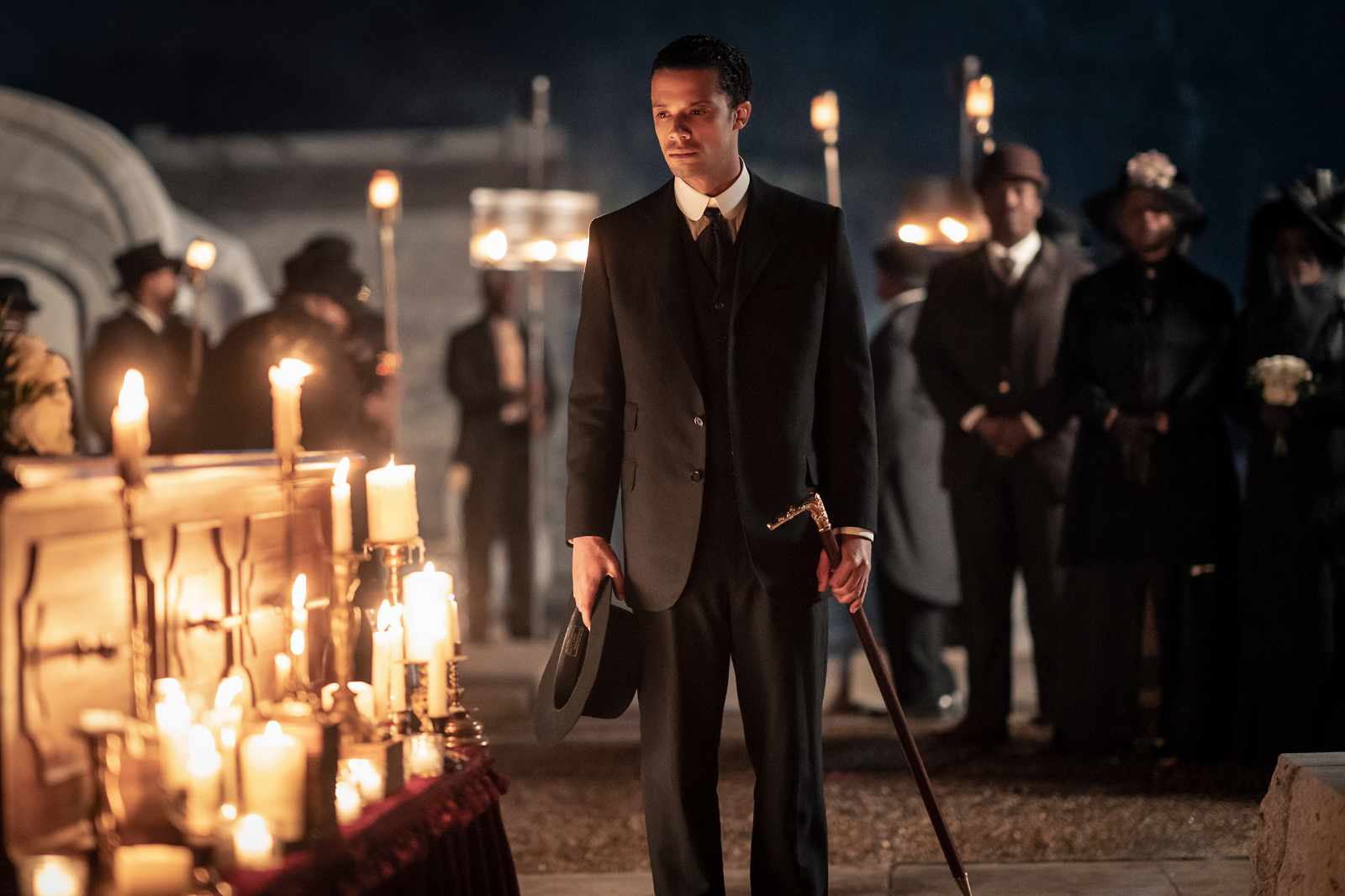 Sky will air the AMC series Interview with the Vampire from January 6, 2022. It is loosely based on the books by Anne Rice. You will then be able to watch all seven episodes of the first season from January 6, 2023. The vampire Louis, in the series version, is no longer a white plantation owner with slaves, but a black man himself, is played by Jacob Anderson, who you might know from “Game of Thrones.”

From 6 January 2023, episodes of the series will still be available as double episodes on Sky Atlantic from 8.15pm and will then also be available on Sky Q and WOW. The time-line has also been altered, as while the novel begins in the late 1800s, the series is set in New Orleans during the Jazz Age. Additionally, Louis and Lestat are now clearly gay, while such a relationship was not explicitly mentioned in the books.

The series only loosely takes Anne Rice’s cult novel as a model. So, if you’re a fan of the model, you shouldn’t approach the series with too narrow an idea. Incidentally, you can watch the weekly show on Sky / WOW either in German or in the original language. The pay TV provider will also include season 2 in the schedule in due course. But I prefer to stick to the books and the highly successful film adaptation of the first novel from the 1990s.

This interactive map is simply fantastic