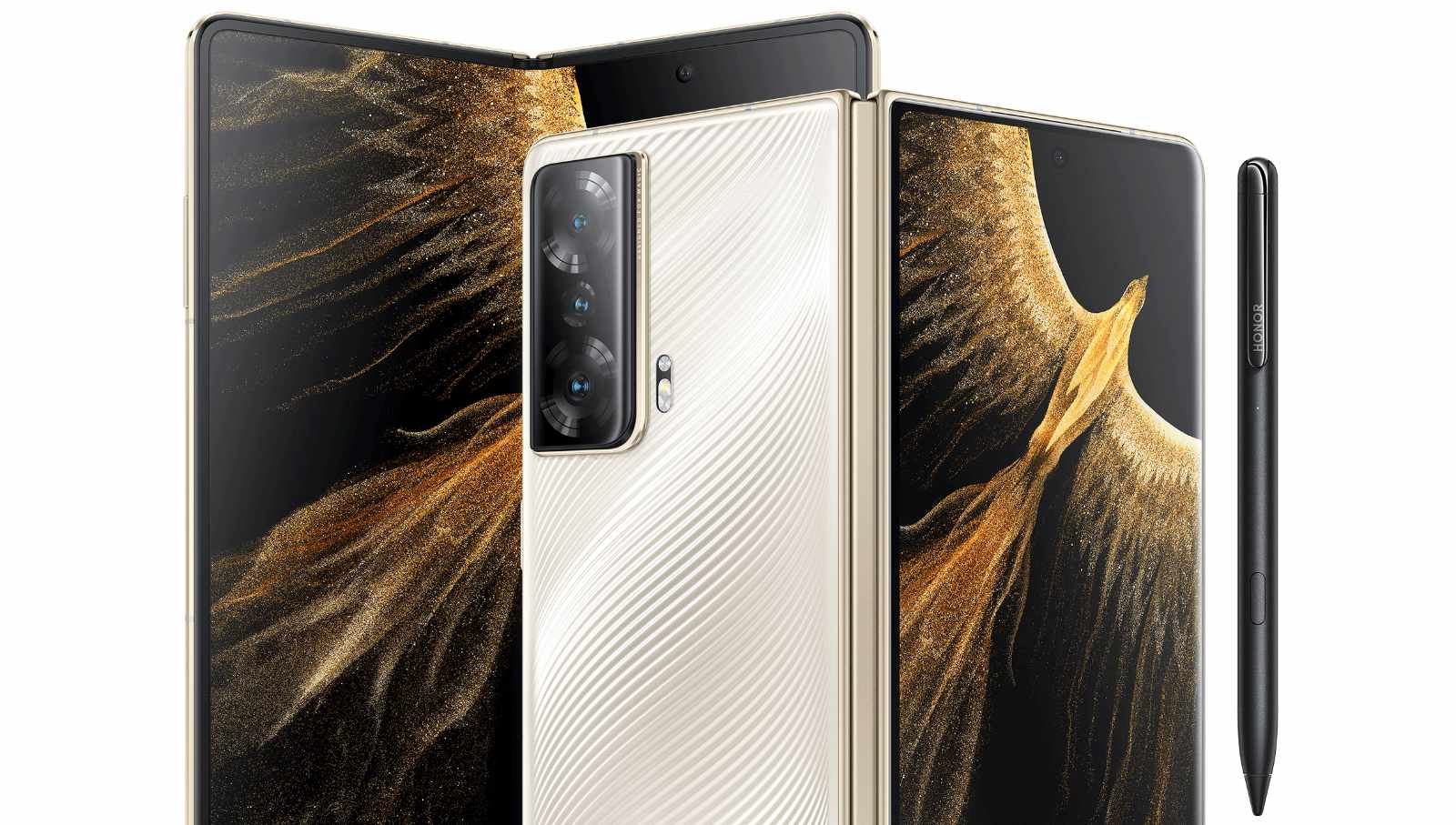 The Honor Magic Vs is a new foldable from the Chinese manufacturer, which was once a subsidiary of Huawei but now operates independently from the former parent company. Consequently, we are no longer concerned by American sanctions. The new Honor Magic Vs will initially appear in China, but should also make their way to Europe in Q1 2023.

In this case, the base is the Qualcomm Snapdragon 8+ Gen 1. The chip is supported by 8 or 12 GB of RAM and 256 or 512 GB of storage space. What’s new is that the foldable can also be used with a new stylus called the Magic Pen. The Magic Pen is paired via Bluetooth. Honor also announces that the new Magic Vs is thinner and lighter than previous models. Also, the hinge of the foldable should close without a gap.

Then, of course, there were the cameras. A triple structure is used for the main camera of the Honor Magic Vs. The wide-angle camera uses the Sony IMX800 sensor with 54 megapixels and an aperture of f/1.9. There’s also a 50-megapixel ultra-wide-angle sensor, which is also used for macro shots. Finally, there is an 8-megapixel telephoto lens for a triple optical zoom.

The 16-megapixel selfie camera is on the front and outside. Unfortunately, the manufacturer didn’t say anything about the camera inside. It is clear that a 5000 mAh battery provides power that can be quickly recharged with 66 watts. Attention: Although the new MagicOS 7.0 interface serves as the user interface, Android 12 is still the base below it.

The Honor Magic Vs will be available in orange, cyan, black and gold. The price starts around 1,015 euros for the variant with 8 GB of RAM / 256 GB of storage space. If you upgrade from 12/256 GB, you pay 1,080 euros. For the foldable with 12/512 GB it is then 1,220 euros. The Honor Magic V can already be pre-ordered in China. Deliveries are expected to begin November 30, 2022. The foldable is expected to appear internationally sometime in the first quarter of 2023. We’ll definitely know more soon.

Video shows how wave 3 routes have been improved