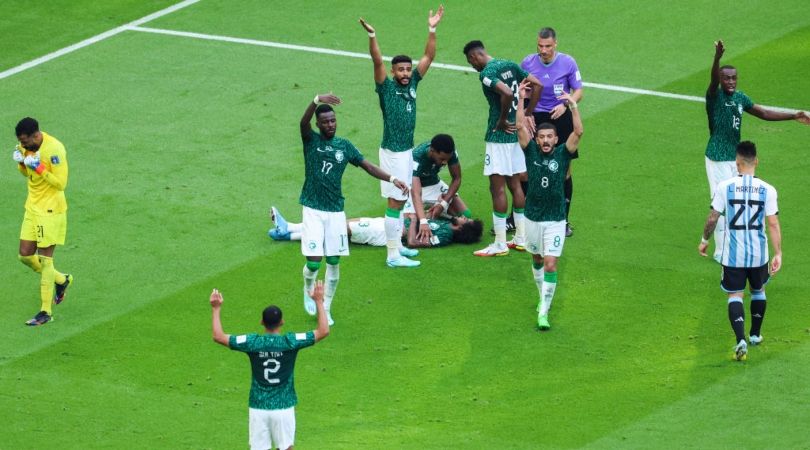 Saudi left-back Yasser Al Shahrani will undergo facial surgery in Riyadh after his goalkeeper accidentally kneed him in the face during the historic 2-1 2022 World Cup win over Argentina on Tuesday.

During second-half stoppage time at Lusail Stadium, Saudi goalkeeper Mohammed Al Owais came off his line to clear a ball entering his box. Al Shahrani and an Argentine striker were also leaning on the ball which meant Al Owais had to jump to clear the danger.

However, he accidentally grabbed the left-back in the face with his knee and Al Shahrani fell to the ground with what appeared to be a serious injury. After trying and failing to get up, the 30-something was finally stretched.

Al Shahrani underwent a full medical examination and spent the night in hospital, before traveling to Riyadh on Wednesday morning to undergo facial surgery at the National Guard Hospital.

A statement from the Saudi Arabian FA said: “Yasser Al Shahrani left Hamad Medical Center in Doha for National Guard Hospital in Riyadh earlier this morning following the head injury sustained during the of yesterday’s 2-1 win over Argentina.

“The 30-year-old will now undergo surgery within the next few hours in accordance with the medical staff’s recovery plan.

“We all wish Yasser a full and speedy recovery.”

Al Shahrani’s injury is the only negative in Saudi Arabia’s match against Argentina, considering the result from the Arab nation’s perspective. Indeed, their win over the South Americans was mathematically ranked as the most unlikely victory in World Cup history – Argentina entered the tournament as one of the favourites, after all.