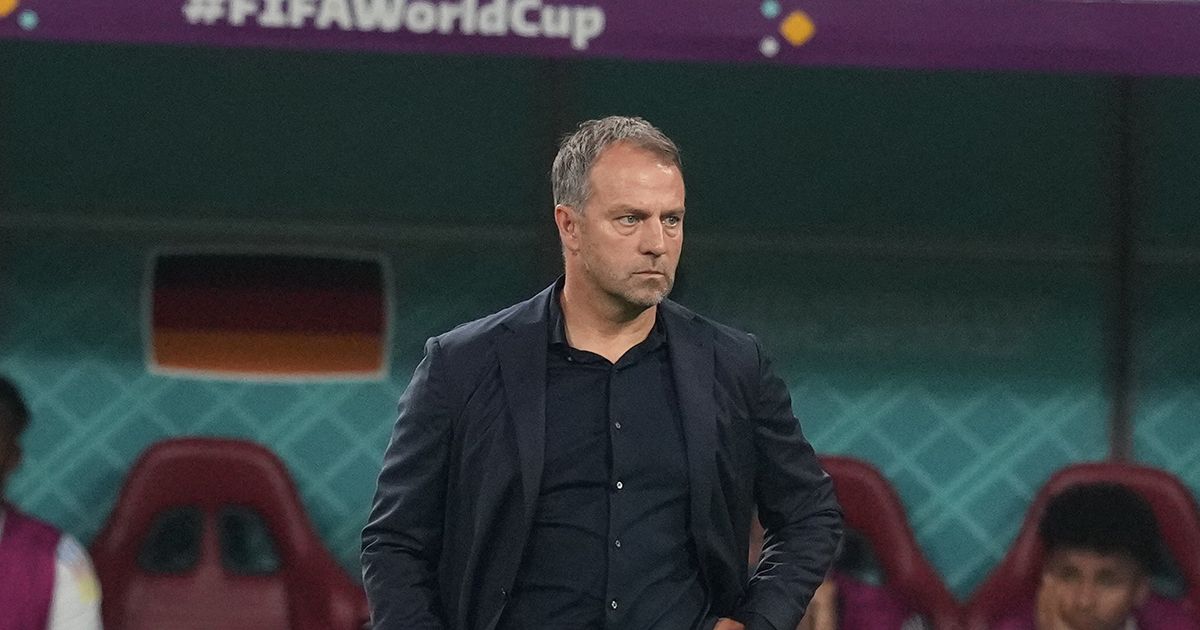 Hansi Flick has admitted Germany put themselves “under pressure” after losing to Japan in their World Cup opener.

Germany had sought victory at the Khalifa International Stadium, leading 1-0 thanks to a penalty from Ilkay Gundogan, but goals from Ritsu Doan and Takuma Asano turned the game upside down in the final 15 minutes – arguably giving Japan the best result in their history.

The defeat left German fans stunned and left with their work cut out for them to break out of the group – their next game is against 2010 champions Spain.

“Of course with this loss and zero points we’re under pressure, there’s no doubt about that,” Germany coach Flick said after the game.

“We can only blame ourselves – we have to make sure we can get through this, we have to be brave, we need the aggressiveness in the game that is needed at a World Cup.

“It’s a big disappointment. We were on the right track in the first half, we had 78 per cent possession and were ahead, then we had some good chances in the second half and we didn’t take advantage of them. .

“Japan were just more efficient today – we made mistakes that we should never make, especially at a World Cup. I’m pretty sure we can do better – we have to do better. We we have the quality, but we have to maintain it.” for 90 minutes. It’s a missed opportunity and a bad start for us.”

The two Japanese strikers came on as substitutes and both play for their soccer club in Germany, as do six of the Asian team’s starting players.

“Our players fought very well,” Japan coach Hajime Moriyasu said. “In the last part of the game they came with all their power – maybe if it was Japan before we would have lost in this situation. But a lot of our players went to Germany and every day they grew in this league.

“It was not only due to the players and the staff, but also to the Japanese people and the fans. Everyone contributed to this victory, so thank you very much.

“It’s a big win, but it’s not the end. We’ll think about it and prepare for the next game against Costa Rica.”