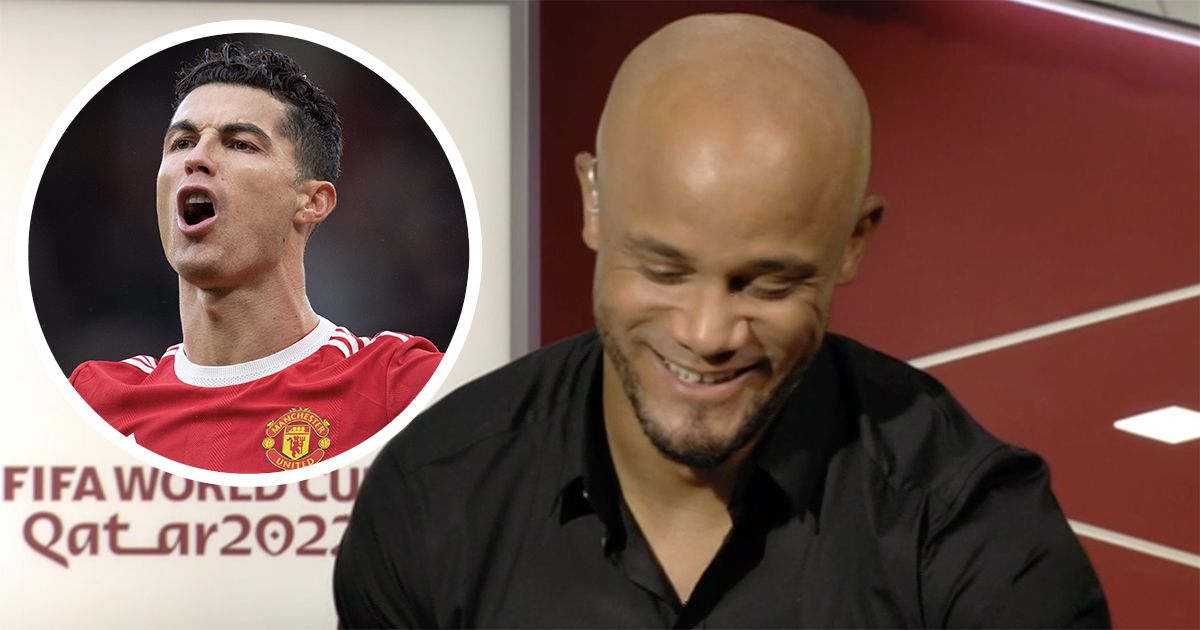 Burnley manager Vincent Kompany has delivered a superb takedown of Cristiano Ronaldo, hours after the Portuguese legend had his contract terminated by Manchester United.

Ronaldo infamously gave an interview to Piers Morgan recently to tell the world how he felt “betrayed” by his employers and entered the World Cup with an uncertain future hanging over him. A few days before Portugal’s opener against Ghana, the club agreed to a mutual termination of their contract with immediate effect.

The drama was discussed in the studio by Gary Lineker and BBC pundits during France’s game against Australia when Vincent Kompany cracked a joke on the 37-year-old.

“It’s a sad end to his career at Manchester United,” said Alan Shearer. “He got his wish, that’s why he did the interview. It was inevitable that it would happen after that.

“I think it will be really interesting if a Champions League club replaces him. Maybe Man United aren’t that disappointed either because there will never be a match between Ten Hag and him.”

Kompany, who now manage Burnley in the Championship, faced CR7 in the Manchester Derby as the pair were on opposite sides of town.

“I think in the end everyone loses except maybe the Manchester United manager,” added the Belgian. “I think it’s a problem that is now resolved and they will now move on.”

Lineker couldn’t help but tout the Portuguese’s services to another north-west club – but Kompany was quick to throw water on the proposal.

“We need players who can run,” the City legend replied to Lineker when asked if he would take the attack at Turf Moor.

Burnley are top of the Championship having lost just twice all season in Kompany’s first season in charge.