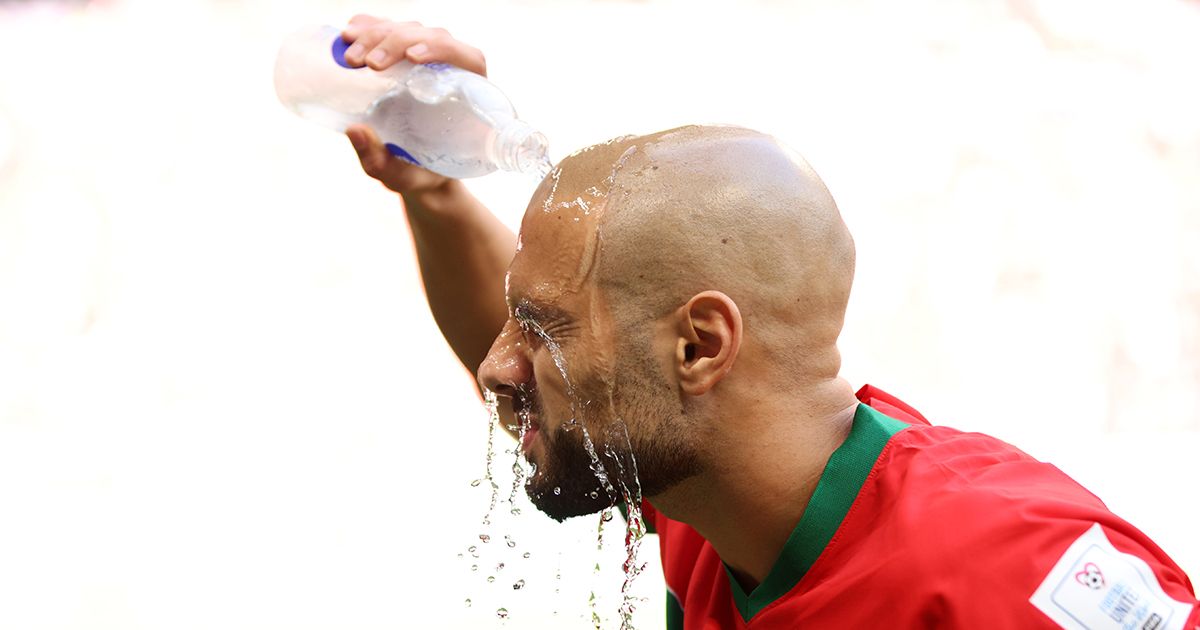 Morocco v Croatia isn’t the most exciting match of the 2022 World Cup – so much so that one player didn’t come out for the second half to start.

We’ve had so much added time at the World Cup so far that 90 minutes have been played now, just from the referee giving the added time. But the two minutes required at the end of the scoreless first half between Morocco and Croatia is currently the lowest amount allowed by an official so far at the tournament.

Perhaps midfielder Sofyan Amrabat, currently from Fiorentina, decided to fix it himself and provide the stadium full of Moroccan fans with a dramatic delay before the start of the second half.

The second 45 minutes were about to begin with 21 players all standing on the pitch and waiting to leave. The referee, however, looked around and, according to the ITV commentator, Jon Champion “couldn’t find” Morocco’s 11th star.

The match was delayed for a minute before an embarrassed-looking Amrabat rushed onto the grass to join his teammates.

Croatia were runners-up at the last World Cup and were expected to qualify in a group that also includes Belgium and Canada – although Morocco dominated the first half and didn’t could try his luck. Sevilla’s Youssef En-Nesyri came closest when he rose to meet a cross from Hakim Ziyech and couldn’t direct it towards the goal.

Belgium will face Canada in the last match of the day at 7 p.m., while Germany v Japan will follow the conclusion of the Morocco v Croatia game at 1 p.m.