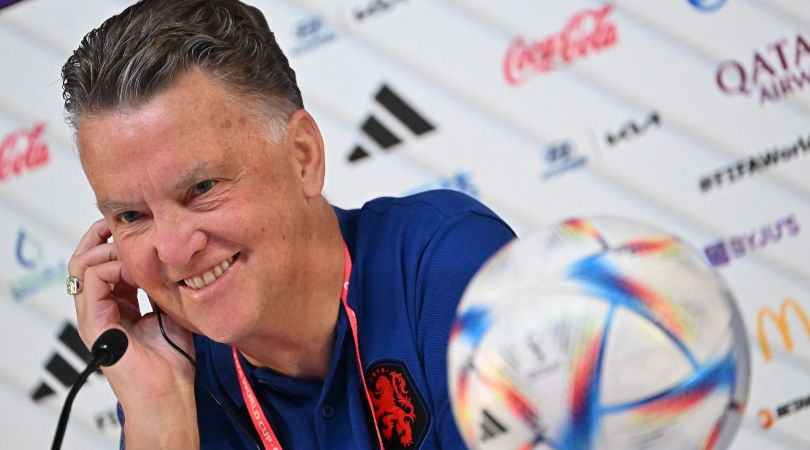 Netherlands coach Louis van Gaal reacted to praise from a Senegalese journalist by offering – and later giving – a “big hug” to the reporter.

The Oranje beat Senegal 2-0 in their World Cup opener on Monday thanks to late goals from Cody Gakpo and Davy Klaassen – both following errors by goalkeeper Edouard Mendy.

Van Gaal’s side will now face Ecuador on Friday and speaking at a press conference ahead of that game, the Dutch coach was taken aback by a reporter who had no questions but said he wanted to take the opportunity to tell the former Manchester United manager he was a ‘fan’ of the 71-year-old.

And true to his word, Van Gaal embraced the young journalist in front of a packed press room, while right-back Denzel Dumfries applauded the gesture.

Senegal will meet Qatar in Group A at 13:00 GMT on Friday, with the Netherlands in action against Ecuador three hours later in Doha.

“Yeah, but then they lost…” – Eden Hazard criticises Germany for protesting ahead of World Cup 2022 defeat to Japan