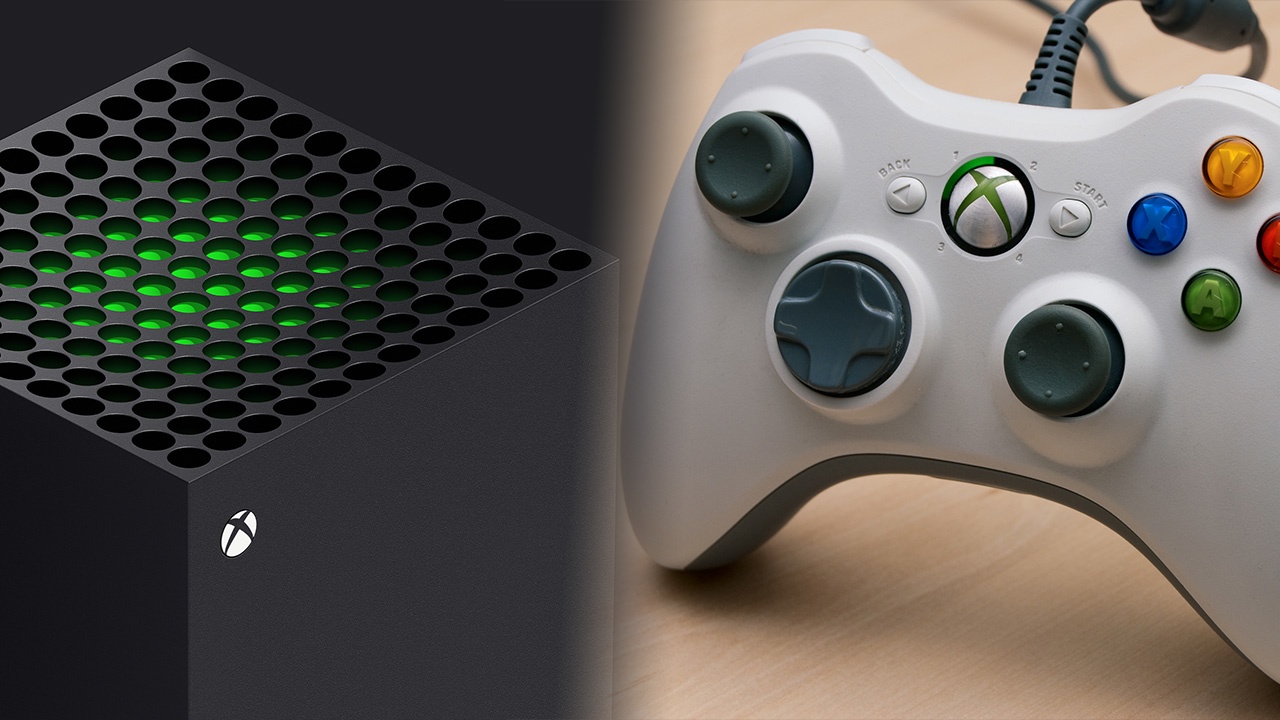 The original Xbox 360 controller is not compatible with new consoles. The new edition does.

Not only did the Xbox 360 usher many of us into the era of HD, it also introduced us to sleekly designed wireless controllers. To this day, the philosophy that Microsoft was pursuing at the time can be found in the controllers of almost all manufacturers: rounded grips and controls as if they were cast from a single mold.

Fans of the sleek 360 controller can now look forward to a revival. The old piece of technology should soon be available for purchase again.

The manufacturer Hyperkin made a name for itself among Xbox fans a few years ago by reissuing the legendary oversized “Duke” controller. However, for those with small hands, the powerful gaming device of the very first Xbox was in despair as some controls were hard to reach. This was followed by an adaptation with the smaller “S” variant, which later served as the inspiration for the impressive Xbox 360 gamepad.

This is supposed to be back in stores: With Microsoft’s official release, Hyperkin is allowed to release a variant of the Xbox 360 controller suitable for modern needs under the name “Xenon” (this was the code name for Xbox 360).

Hyperkin dare not experiment with the design, just like in the past, we play with cramped triggers, the silver Xbox button in the middle, and a control pad that is admittedly horrible to use. The latter can only be endured with a lot of nostalgia, but all other controls are easy to reach and the ergonomics are also good from a current point of view.

“Start” and “Select” have been replaced by the now standard option and context buttons. There’s also now a share button and a 3.5mm jack for headphones.

The Hyperkin Duke is available for around just under $70, hopefully the Xbox 360 pad won’t be more expensive. Especially since it only appears in a wired variant. Pretty annoying considering the original controller made wireless streaming socially acceptable on consoles.

When the controller will appear is also in the stars. Hyperkin has already provided information on color selection: The xenon controller will be available in white, black, red and pink.

The 360 ​​Replica is compatible with Xbox One X/S, Xbox Series X/S and Windows 10/11 PCs. Long-time PC gamers can also expect to experience a piece of video game history. The Xbox 360 pad also sparked a revolution on computers by making the “XInput” interface the uniform standard. Since then, all game studios and controller manufacturers have tracked Xbox button assignments.

The Xbox 360 pad has a huge place in my story, as I was able to grab a console right after launch and found my way into console eSports a few months later with the release of Gears of War. If you were to measure my palm, you could still see the controller fingerprints, that’s how many hours I’ve spent with it.

For me, no modern Xbox controller comes close to the fit and the shoulder buttons on the Xbox One models are also too big for me. Sure, the new pads offer more precise analog sticks, a better directional pad, vibration in the triggers, and they hide their battery compartment smarter, but for me that’s just enough for a tie.

Of course, there’s also a lot of nostalgia involved, but I still pick up my old Xbox 360 controller from time to time and am amazed at how well the gaming device has held up. Titles like Eternal Sonata or Lollipop Chainsaw which are not compatible with the new generation play very well with it. I would also like to bring that retro feeling to my current Xbox consoles.

The Complete Map of Lakeshore City

Mercedes packs increased acceleration of some vehicles behind a paywall