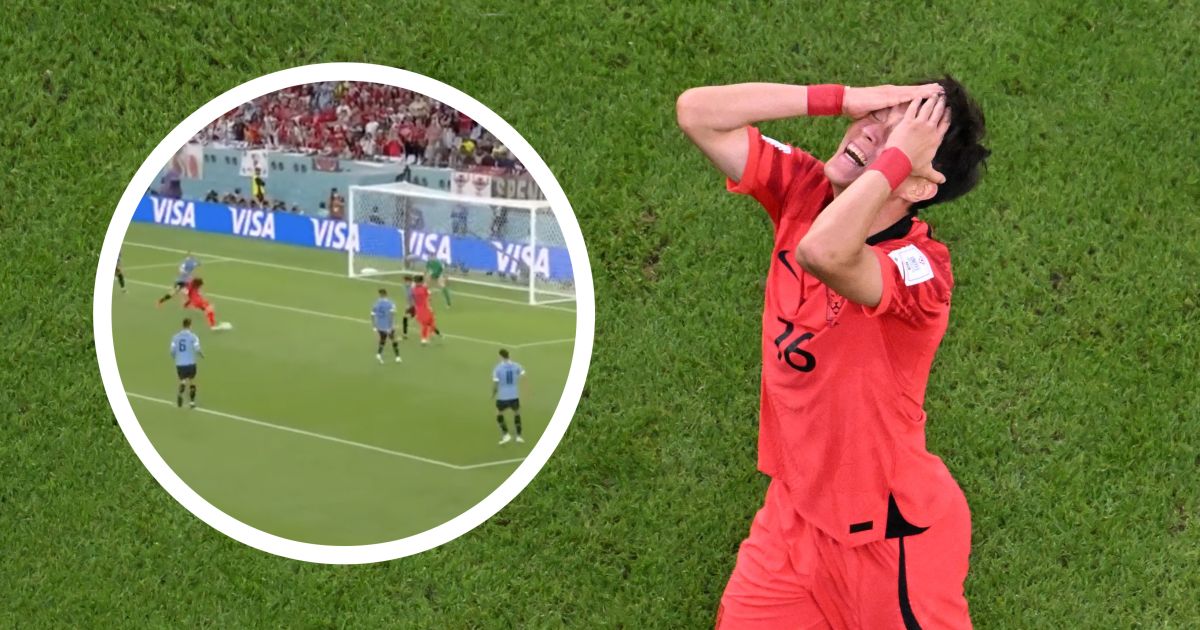 South Korea’s Hwang Ui-jo may have missed out on the 2022 World Cup so far.

Hwang, 30, joined Nottingham Forest in the summer from Bordeaux after the Ligue 1 club were relegated but was immediately loaned out to Olympiacos. And while the Tricky Trees are struggling in the Premier League, they may not want to keep him in the fold after that stink.

When the ball came in from the right flank, it came with good pace – but still… not hitting the target from around 12 yards out was hugely disappointing.

It should be 1-0 South Korea! 🤦Hwang Ui-jo can’t believe he missed… #BBCWorldCup #BBCFootballNovember 24, 2022

South Korea managed to hang on in the first half as Uruguay came close to scoring. Darwin Nunez had to fall particularly deep to win the ball back, but the half’s best chance came when Diego Godin managed to connect with the woodwork, as the Koreans breathed a sigh of relief.

Korea – who fielded five players called Kim in defense and in goal – controlled a very different second half, limiting the Uruguayans to any real chances as Liverpool striker Darwin Nunez failed to find the ex-Reds star Luis Suarez when he broke through the opposition back line and slipped the ball into the goalkeeper’s gloves.

With all the pre-game talk about Son Heung-min being considered a doubt, the Tottenham Hotspur striker managed to walk through the game wearing a face mask. Son suffered a cheekbone injury in the Lilywhites’ Champions League win at Marseille and hasn’t played competitive football since.

Luis Suarez and former Manchester United striker Edinson Cavani, the latter replacing the former as a substitute, have both appeared in a fourth World Cup tournament each.

At least Hwang contributed something, though – Uruguay against South Korea was the first game in World Cup history without a shot on target. History is made, guys.