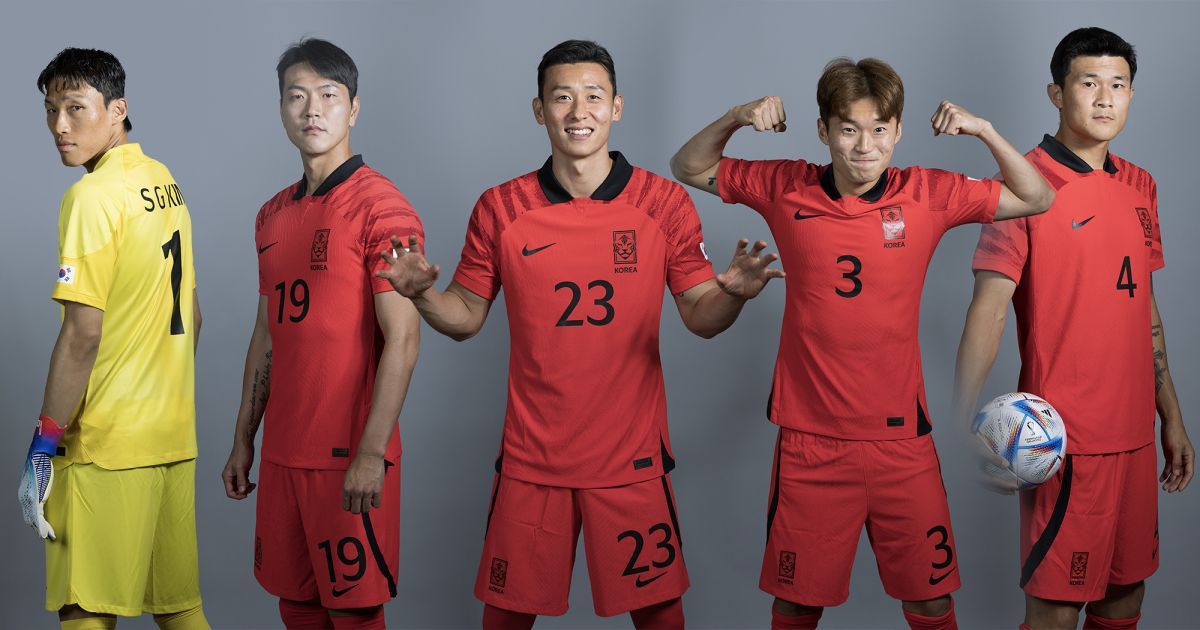 While Kim Kardashian and Kim Woodburn may be unlucky to have missed out on the team, the South Koreans named all five players in defense and in goal, meaning the entire backline wears the same name. We hope they have nicknames for each other.

In goal, Kim Seung-gyu is a veteran keeper for this team but didn’t step onto the pitch in 2018, despite being taken along for the ride. He plays for Saudi club Al-Shabab, having moved there in the summer, so at least he’ll be used to the heat.

The big star of this defense, Kim Min-jae is enjoying a fantastic season high in Serie A with Napoli. The centre-back has been in excellent form and has since been linked with Manchester United, while his defensive partner, Ulsan Hyundai defender Kim Young-gwon has featured in the last two World Cups, knocking out the Germans with a goal late in Russia.

Right-back Kim Moon-hwan plays for Jeonbuk Hyundai Motors after having a spell at Los Angeles FC, while the team’s left-back – and the latest Kim on display for Korea today – is a teammate of Jeonbuk Kim Jin-su, playing his first World Cup at age 30.

On the bench for the South Koreans, Kim Tae-hwan of K-League side Ulsan Hyundai could take Kim’s tally to six, if he enters the field.

Uruguay, to confirm, don’t have a single Kim in their squad.

Who are the BBC commentators for Uruguay vs South Korea at World Cup 2022?