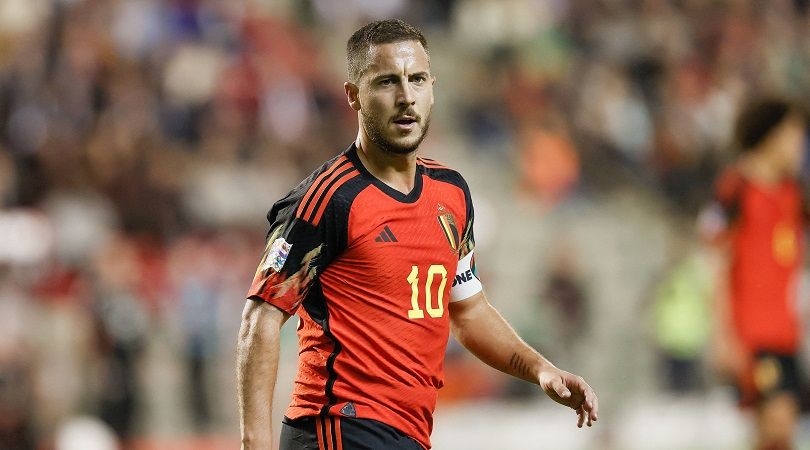 Belgium captain Eden Hazard has taken aim at Germany for protesting FIFA’s OneLove armband policy instead of focusing on football.

The Real Madrid striker says the 2022 World Cup stars are not in Qatar to take political positions but to play the game, and deduced that Germany would have done better to focus on winning the Japan.

Hansi Flick’s side suffered a shock defeat against the Asian nation, after protesting against FIFA in the build-up to the match. His players had been angered by the decision to ban captain Manuel Neuer from wearing his OneLove captain’s armband, in favor of LGBTQ+ rights.

It was not about making a political statement – ​​human rights are not negotiable. This should be taken for granted, but it still isn’t. This is why this message is so important to us. Denying us the armband is tantamount to denying us a voice. We maintain our position. pic.twitter.com/tiQKuE4XV7November 23, 2022

European nations, including England and Wales, appeared set to wear OneLove armbands throughout the tournament, only for FIFA to rule that those wearing the armbands would face penalties. The U-turn saw the captains abandon the plan.

Before the game against Japan, Germany’s opener in Qatar, the players put their hands over their mouths, referring to how they felt silenced by FIFA.

Hazard was asked for his thoughts on the gesture following his side’s win over Canada.

“They would have been better off not doing it and winning,” he told reporters. “We are here to play football – I am not here to send a political message.

“People are better placed for that. We want to focus on football.”