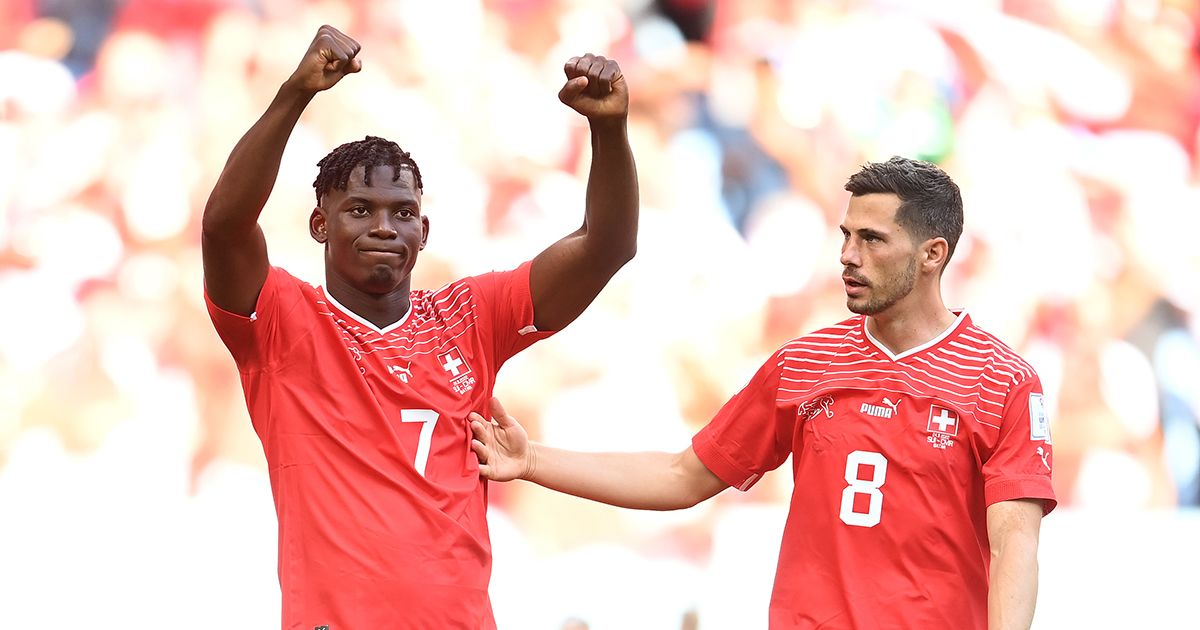 Swiss striker Breel Embolo scored against Cameroon at the 2022 World Cup – but refused to celebrate.

Embolo, who plays for his football club Monaco, received a present on a plate when a cross shot out from the right wing and landed at his feet. The Swiss striker converted the chance and immediately raised his hand, almost as an apology.

It seemed like an odd reaction for a player to score at a World Cup – but Embolo was born in Cameroon’s capital, Yaoundé. We’ve seen plenty of stars over the years refuse to score against former clubs… but former nations? This is a new one.

Embolo has been a Swiss national since 2014. His parents separated when he was young, the rookie footballer moved to France aged five to live with his mother and go to school. There she met her future father-in-law – a Swiss – and the whole family moved to Basel. The striker then signed for Basel as a youngster.

Switzerland had some chance to go ahead in the match, given that Cameroon were perhaps the better team in the first half. Embolo hadn’t had the chance before his first goal.

Of course, Embolo isn’t the only Swiss squad player with roots elsewhere. Captain Granit Xhaka may have been born in Basel, but his family is Albanian, with his older brother Taulant representing the Eastern European nation at international level – while Xherdan Shaqiri was born in what is now Kosovo.

The final kick-off in this group sees Brazil take on Serbia.

World Cup 2022: Saudi Arabia’s Ali Al-Bulaihi reveals what he said to Lionel Messi during THAT confrontation

Ranked! Each African nation at World Cup 2022, from worst to best