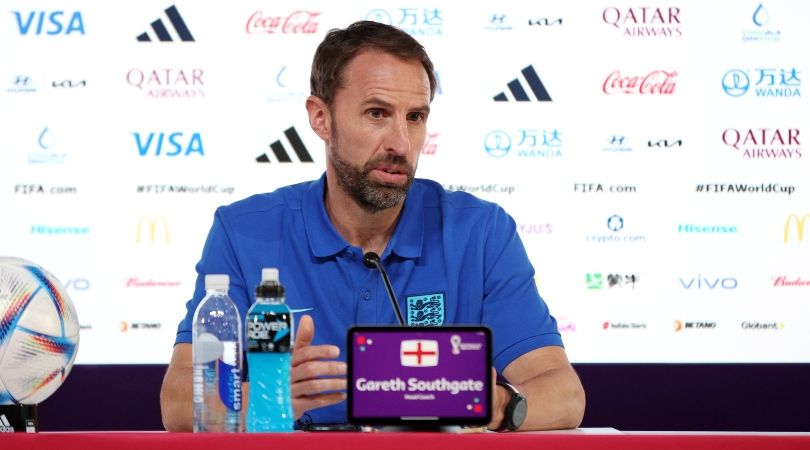 England manager Gareth Southgate has said the Three Lions will not be pressured to demonstrate at Qatar 2022 like Germany on Wednesday after frustration over the OneLove armband.

Captains from seven nations were to wear the OneLove armband, which stands for tolerance, diversity and LGBTQ+ rights, as a gentle protest against Qatar’s checkered human rights record.

But after pressure from FIFA and the threat of yellow or even red cards for their players, these nations backed down at the last minute.

England were the first of the teams to enter the tournament and captain Harry Kane was ordered to wear a FIFA armband instead.

Kane later said he was disappointed, but Germany went further on Wednesday as all of their starting XI covered their mouths in the official photo, signaling they would not be silenced by FIFA or Qatar.

Asked if England were planning something similar against the United States on Friday, Southgate said: “I don’t think we should feel any pressure – I think we talked about those particular topics during over a year and we have supported all kinds of good causes, whether as individuals or as a collective.

“I think we have to be comfortable knowing what we stand for. That’s not to say we won’t do anything to move forward if the time is right, but I think we’re rushing to be seen. doing something, we might make a mistake that doesn’t land well.

Gareth Southgate confirmed in his pre-match press conference earlier that #ThreeLions skipper @HKane will be available for selection against USA tomorrow, while @HarryMaguire93 will earn his 50th cap. pic.twitter.com/83QJ7XfPQINovember 24, 2022

England have been criticized for their armbar U-turn, along with other nations, and Southgate says he understands that.

“We definitely support our LGBTQ fanbase and I know some of them are a little bummed the armband isn’t being worn,” he said.

“We will be criticized for that, but sometimes we just have to accept the criticism and move on. I think if we are confident in ourselves and where we are, we shouldn’t worry about having to do something. [in order] be seen doing it.”

And he added: “Right now, for the players and myself in particular, we have to focus on the games.”

Spain boss Luis Enrique OK with sex before match: ‘As a player I did what I had to do…’