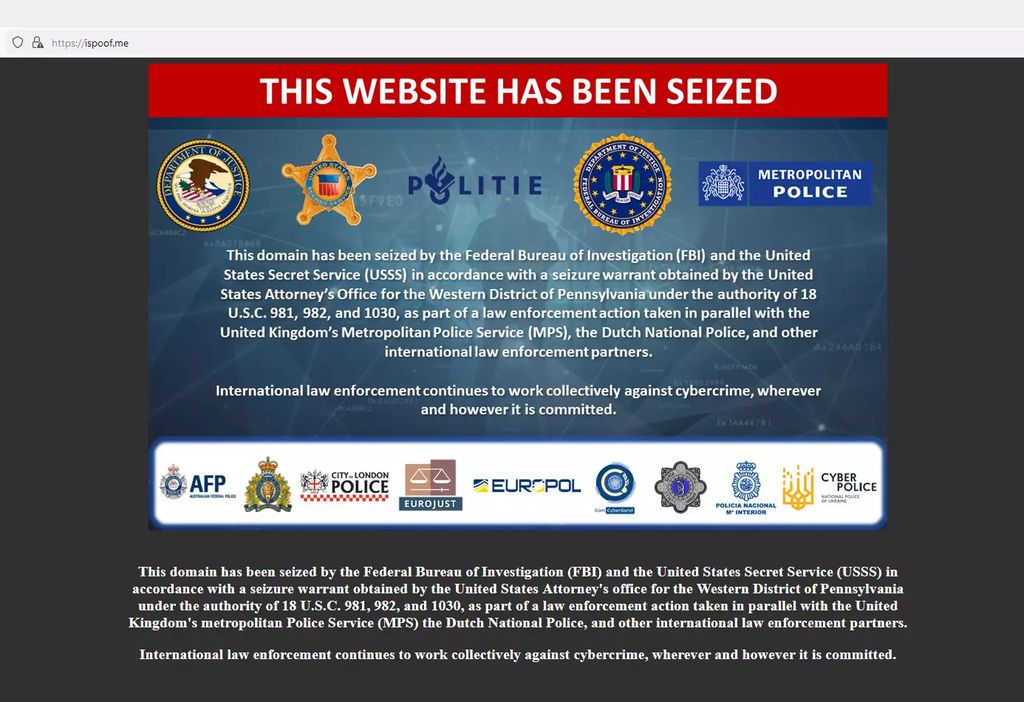 Judicial and law enforcement authorities in Europe, Australia, the United States, Ukraine and Canada have shut down a website that allowed scammers to impersonate trusted companies or contacts in order to obtain confidential victim information – a type of cybercrime, according to Europol, known as “identity theft”.

The iSpoof website is said to have caused damage estimated at more than 115 million euros worldwide. The site’s services allowed those who registered and paid for the service to anonymously make fake calls, send messages, and intercept one-time passwords. According to Europol, users could register for a infinite number of companies (such as banks, retail businesses and government agencies) thereby inflicting significant financial gain and loss on the victims.

In an internationally coordinated action in November 2022, 142 website users and administrators were arrested worldwide. The site’s main administrator was arrested in the UK on 6 November.