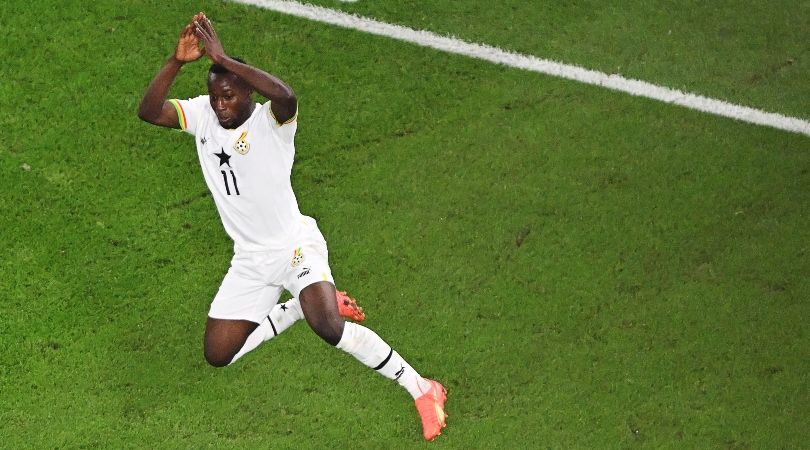 Ghana winger Osman Bukari copied Cristiano Ronaldo’s celebration after scoring for the Black Stars in their 3-2 loss to Portugal on Thursday.

Bukari scored in the 89th minute to give Ghana a lifeline and the African side nearly equalized in a chaotic spell of added time.

Portugal took the lead through Cristiano Ronaldo after 65 minutes as the five-time Ballon d’Or winner became the first man in history to score in five different World Cups.

Andre Ayew equalized eight minutes later but Portugal appeared to be heading for an easy victory after two strikes in succession from Joao Felix and Rafael Leao.

Bukari’s late goal made it a nervy final for Portugal, and the Red Star Belgrade midfielder copied Cristiano’s celebration at the 974 Stadium in Doha.

Ronaldo looked unamused on the bench as he waved his fist in frustration and the former Manchester United striker then held his head in exasperation as Ghana nearly grabbed a dramatic equalizer in injury time , when an effort has been released from the line.

After Uruguay and South Korea drew 0-0 earlier on Thursday, Portugal’s win puts them in pole position in Group H.

Who are the BBC commentators for Brazil v Serbia at World Cup 2022?