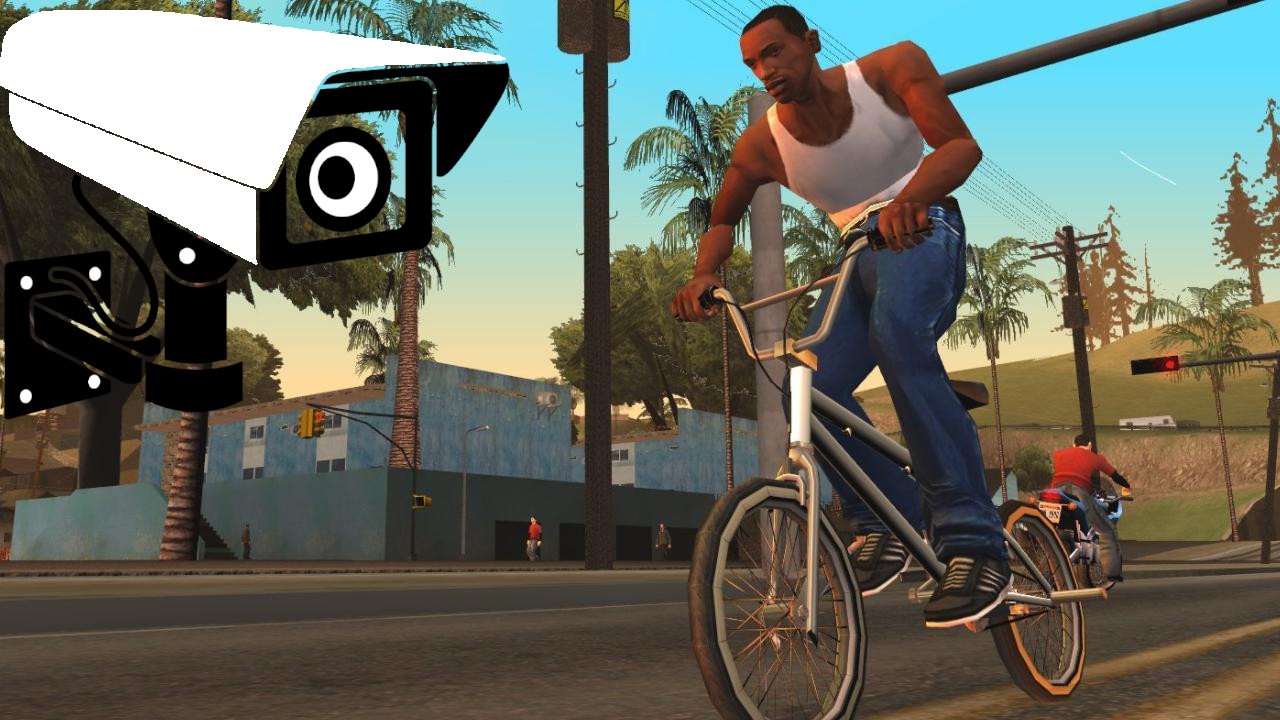 CJ and his team are closely watched in the fan project.

This year, the GTA series turns 25 and is more popular than ever. An integral part of the series of course are its many mods or its own creations such as those of Piotr Rycabel. Now he’s giving his little game a horror twist (via Gamerant) in the popular action classic GTA San Andreas.

Things actually get a little spooky in the free game titled Grove Street 404 that Rycabel has released on the itch.io platform. Your task in the game? You must monitor various locations in the game world of San Andreas using surveillance cameras and report anything that seems strange to you.

The in-game screenshots alone scare one or the other when switching cameras and suddenly a member of the Grove Street Gang or good old Big Smoke appears in front of your camera:

You can read more about GTA here:

As the developer himself writes, this was inspired by “I’m on Observation Duty”, which can be purchased on Steam. This is a small series of horror games in which you also have to observe places using surveillance cameras and report strange occurrences. The reviews are almost all positive and there are now five parts. But the whole thing is also somewhat reminiscent of the first Outlast. In survival horror games, you usually watch what is happening through your camera.

Here you can watch a video about the horror version of GTA San Andreas if you don’t want to download it yourself:

Little Horror Snack: You can also comfortably play the GTA Observer game in one evening, as the game time is a good 20 minutes. You can download Grove Street 404 from itch.io for free on your Windows PC and get started right away.

Do you like GTA San Andreas with Horror Spin? Will you try it?

All current Tera Raid events and how to grab Eevee now