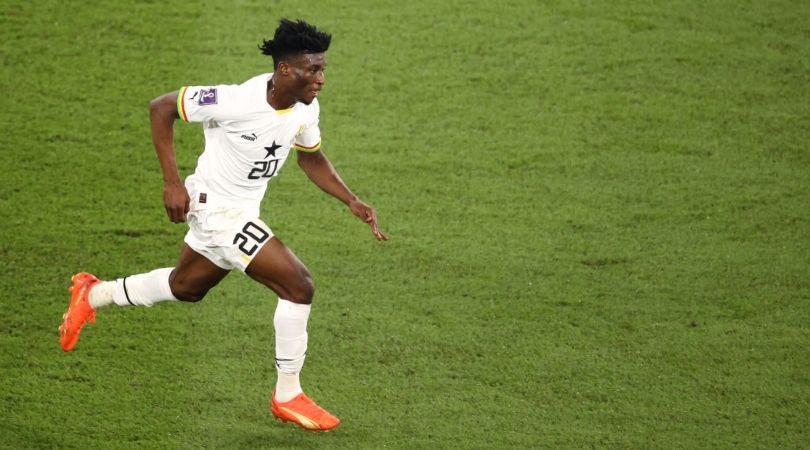 According Ghana sports world (opens in a new tab)Liverpool sent scouts to watch the 22-year-old play against Portugal in Ghana’s 2022 World Cup opener.

Kudus earned his 19th cap against the European giants, playing at a high level throughout the game. He managed to assist Andre Ayew’s goal in the 73rd minute which made it 1-1 at the time – Portugal won the match 3-2.

However, Kudus admitted The Guardian that he actually came close to moving to Liverpool rivals Everton in the summer of 2022 as the deal fell through.

“I thought [Everton] was a good project for me,” he said, “and why not?

“It’s not like it’s my first season at Ajax, it’s my third. So if I don’t see the progress I’m looking for, why not try something else?”

Kudus scored a brilliant finish against Liverpool in the Champions League group stage earlier this season, bringing the scores level. The English side won the game in the closing stages through Joel Matip, but Kudus apparently impressed Liverpool enough on the night for them to keep tabs on him.

He has scored five goals in 14 league appearances for Ajax from midfield this season, including four more in the Champions League – as well as two man of the match awards.

Kudus’ current contract at Ajax expires in the summer of 2025. He moved from Nordsjælland to Ajax in July 2020 for €9m.

His current market value on Transfermarkt is €15m.