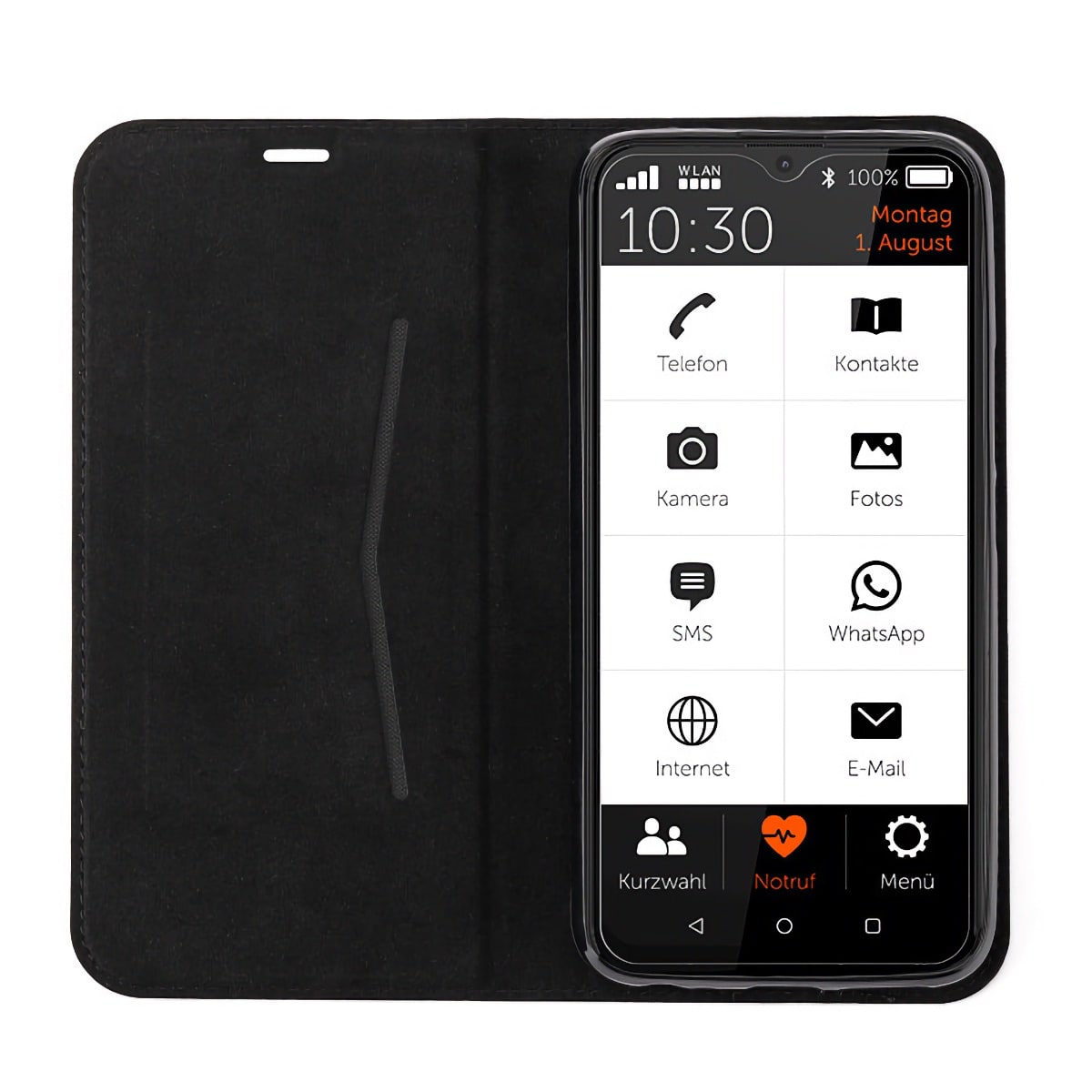 Senior phones and single function phones for the older generation have been around for a long time. There, the keys in particular are significantly larger and the functions have been reduced to the essentials. With smartphones for our older human brethren, on the other hand, it seems rather sparse. With the Gigaset GS5 senior, the company now wants to remedy this.

It builds on the previous GS4 senior model, but now offers a dual camera system with 48MP resolution for the main camera and 8MP for the ultra wide angle camera. Storage? 4GB of RAM and 64GB of internal memory, plus dual SIM and optional memory expansion up to 512GB. There’s also a macro sensor. The GS5 senior’s replaceable 4,500 mAh battery can be fully charged quickly with fast charging, and texts can now also be written and sent using voice. At least Android 12 is found as OS in the senior GS5, the back of the device is structured and is supposed to offer more support.

Other key features mentioned by the manufacturer are:

The menu is particularly rich in contrast here, the respective symbols should immediately indicate which functions are hidden behind them. Eight applications can be placed on the start screen, the screen measures 6.3 inches and has Full HD resolution. A protective film on the screen and a hinged cover for the device, made of PU leather, are also included. Also not to be forgotten is the integrated emergency call button, which either dials 112 as standard or a freely definable contact number. In addition, pre-formulated emergency SMS can also be activated here.

The Gigaset GS5 senior is now available in the color Titanium Gray in stationery stores and online as well as in the Gigaset online store for 299 euros (recommended retail price).